$2.00 a day: living on almost nothing in America

Description
A New York Times Notable Book of the Year

“A remarkable book that could very well change the way we think about poverty in the United States.” — New York Times Book Review

“Powerful . . . Presents a deeply moving human face that brings the stunning numbers to life. It is an explosive book . . . The stories will make you angry and break your heart.” — American Prospect

Jessica Compton’s family of four would have no income if she didn’t donate plasma twice a week at her local donation center in Tennessee. Modonna Harris and her teenage daughter, Brianna, in Chicago, often have no food but spoiled milk on weekends.

After two decades of brilliant research on American poverty, Kathryn Edin noticed something she hadn’t seen before — households surviving on virtually no cash income. Edin teamed with Luke Shaefer, an expert on calculating incomes of the poor, to discover that the number of American families living on $2.00 per person, per day, has skyrocketed to one and a half million households, including about three million children.

Where do these families live? How did they get so desperately poor? Through this book’s eye-opening analysis and many compelling profiles, moving and startling answers emerge. $2.00 a Day delivers new evidence and new ideas to our national debate on income inequality.

“Harrowing . . . [An] important and heart-rending book, in the tradition of Michael Harrington’s The Other America.” — Los Angeles Times
Also in This Series

Welfare is dead
Perilous work
A room of one's own
By any means necessary
A world apart
Where, then, from here? 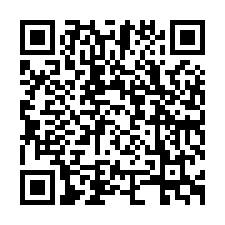