Murder in the Sentier »

Murder in the Sentier

Description
The third Aim&#233;e Leduc Investigation set in Paris &#160; When Parisian private investigator Aim&#233;e Leduc picks up the phone one hot July afternoon, the call turns her life upside-down. The voice on the other end, with its heavy German accent, belongs to a woman named Jutta Hald. Jutta claims to have shared a jail cell with Aim&#233;e&;s long-lost mother, a suspected terrorist on Interpol&;s most wanted list. If Aim&#233;e wants to learn the truth about her mother, she is to meet Jutta at a rendezvous point in an ancient tower in the Sentier. But when Aim&#233;e arrives, Jutta is dead, shot in the head at close range. &#160; Aim&#233;e realizes she has stumbled into something bigger than Jutta let on, and that her own life is in danger. She has a lot of unsolved mysteries in front of her: Jutta Hald&;s murder, resurfaced materials from Sydney Leduc&;s terrorist activities in the 1970s, police suppression of important information. The question is, can Aim&#233;e put the pieces together before someone else ends up dead?
Also in This Series 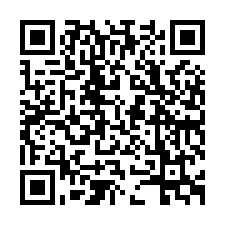