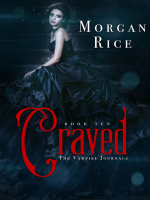 Description
"A book to rival TWILIGHT and VAMPIRE DIARIES, and one that will have you wanting to keep reading until the very last page! If you are into adventure, love and vampires this book is the one for you!" --Vampirebooksite.com {regarding Turned} From Morgan Rice, #1 Bestselling author of THE VAMPIRE JOURNALS, comes the second book in a new series: THE VAMPIRE LEGACY. In CRAVED (Book #2 of the Vampire Legacy series), 16 year old Scarlet Paine struggles to find out exactly what she's becoming. Her erratic behavior has alienated her new boyfriend, Blake, and she struggles to make amends, and to make him understand. But the problem is, she can barely understand herself what's happening to her. At the same time, the new boy in school, the mysterious Sage, comes into her life. Their paths keep intertwining, and although she tries to avoid it, he directly pursues her, despite the objections of her best friend, Maria, who has her own eyes set on Sage. Scarlet finds herself swept away by Sage, who takes her into his world, past the gates of his family's historic river mansion. As their relationship deepens, she begins to learn more about his mysterious past, his family, and the secrets he must hold. They spend the most romantic time she can imagine, on a secluded island in the Hudson, and she is convinced she has found the true love of her life. But then she is devastated to learn Sage's biggest secret of all: he is not human, either, and he has only a few weeks left to live. Tragically, just at the moment when destiny has brought her greatest love, it also seems fated to tear them apart. As Scarlet returns to the high school parties leading up to the big dance, she ends up in a huge falling-out with her friends, who excommunicate her from their group. At the same time, Vivian rounds up the popular girls to make her life hell, leading to an unavoidable confrontation. Scarlet's forced to sneak out, making matters worse with her parents, and soon finds pressure building from all sides. The only light in her life is Sage. But he is still holding back some of his secrets, and Blake resurfaces, determined to pursue her. Caitlin, meanwhile, is determined to find a way to reverse Scarlet's vampirism. What she finds leads her on a journey to find the antidote, deep into the darkest corners of rare libraries and bookstores—and to an ancient discovery she can hardly imagine. But it may be too late. Scarlet is changing rapidly, barely able to control what she's becoming. She wants to be with Sage—but fate seems set on tearing them apart. As the book culminates in an action-packed and shocking twist, Scarlet will be left with a monumental choice—one that will change the world forever. How much is she willing to risk for love? “Grabbed my attention from the beginning and did not let go….This story is an amazing adventure that is fast paced and action packed from the very beginning. There is not a dull moment to be found.” --Paranormal Romance Guild {regarding Turned} “A great plot, and this especially was the kind of book you will have trouble putting down at night. The ending was a cliffhanger that was so spectacular that you will immediately want to buy the next book, just to see what happens." --The Dallas Examiner {regarding Loved}"Morgan Rice proves herself again to be an extremely talented storyteller….This would appeal to a wide range of audiences, including younger fans of the vampire/fantasy genre. It ended with an unexpected cliffhanger that leaves you shocked." --The Romance Reviews {regarding Loved} Morgan Rice is the #1 Bestselling author of THE VAMPIRE JOURNALS, an eight-book series which has sold over 100,000 copies and has been translated into six languages. Morgan is also author of ARENA ONE, the first book in a dystopian, post-apocalyptic action-thriller trilogy. Please visit www.morganricebooks.com to read free samples and to stay in touch.
Also in This Series 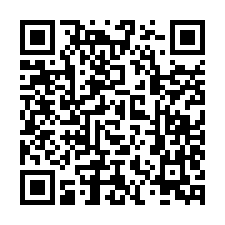