When you reach me »

When you reach me

"Like A Wrinkle in Time (Miranda's favorite book), When You Reach Me far surpasses the usual whodunit or sci-fi adventure to become an incandescent exploration of 'life, death, and the beauty of it all.'"&#160;&;The Washington Post&#160;This Newbery Medal winner that has been called "smart and mesmerizing," (The New York Times) and "superb" (The Wall Street Journal) will appeal to readers of all types, especially those who are looking for a thought-provoking mystery with a mind-blowing twist.&#160;Shortly after a fall-out with her best friend, sixth grader Miranda starts receiving mysterious notes, and she doesn&;t know what to do. The notes tell her that she must write a letter&;a true story, and that she can&;t share her mission with anyone.&#160;It would be easy to ignore the strange messages, except that whoever is leaving them has an uncanny ability to predict the future. If that is the case, then Miranda has a big problem&;because the notes tell her that someone is going to die, and she might be too late to stop it. &#160;Winner of the Boston Globe&;Horn Book Award for Fiction A New York Times Bestseller and Notable BookFive Starred ReviewsA Junior Library Guild Selection&#160;"Absorbing." &;People"Readers ... are likely to find themselves chewing over the details of this superb and intricate tale long afterward." &;The Wall Street Journal&#160;"Lovely and almost impossibly clever." &;The Philadelphia Inquirer&#160;"It's easy to imagine readers studying Miranda's story as many times as she's read L'Engle's, and spending hours pondering the provocative questions it raises." &;Publishers Weekly, Starred review 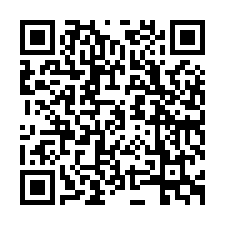