Description
Rhys Bowen's new series set in 1930s London stars smart and spunky Lady Georgiana, who is thirty-fourth in line to the throne. She has a lot on her plate - but very little in her cupboards ...
Baked beans and boiled eggs. That's what my expected houseguest, Bavarian Princess Maria Theresa Hannelore Wilhelmina Mathilda, will have to eat if I don't get help posthaste. You see, the Queen of England has concocted a plan in which I am to entertain the princess, conveniently placing her in the playboy prince's path, in the hopes he might finally marry.
But there's one thing queens never take into account: money. Of which I have little, ever since my brother, Binky, cut off my allowance. And which is why I moonlight as a maid in disguise. (How am I to hire a maid when I am a maid?) So, like Her Royal Highness, I must draw up plans.
Oh, and then there's the rather more worrying matter of the body in the bookshop and Hanni's unwitting involvement with the communist party. I really don't want to be held responsible for single-handedly instigating another English-German war. It's enough to drive a girl potty.
Also in This Series 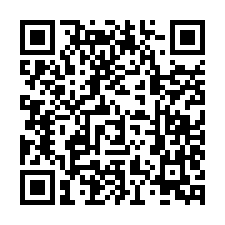