Age: 8-9 years old Reading Level: 3rd gradeThe best illustrated fairytales for children!Once upon a time was a young girl called Wendy. Wendy lived with her parents, her two younger brothers and her dog in a beautiful big house. One night, as the children had just gone to sleep, a little boy entered by the window. Frightened, Wendy's mother managed to confine the boy's shadow in a drawer. But his friend, the fairy Tinker Bell, did not take long to free it. This is how, the next day, Wendy finally met him...The collection "Once Upon a Time" offers a new and richly illustrated version of the most famous fairytales.EXCERPTOnce upon a time in London lived the Darling family. There were three children called Wendy, John, and Michael, and their pet dog Nana. One night, a strange boy passed their window. Seeing him, Mrs Darling uttered a cry of surprise. Nana rushed forward, but the boy ran away quickly, leaving his shadow behind. Mrs Darling took it and put it away in a drawer. But the young flying boy was always accompanied by a little fairy called Tinker Bell. She saw where Mrs Darling put away her friend’s shadow. The next day, while Mr and Mrs Darling were away, the boy and his friend, Tinker Bell, appeared in Wendy’s room.“Who are you? And why are you here?” She asked.“I lost my shadow,” explained the boy. “I’ve come to find it. My name is Peter Pan and this is my friend, Tinker Bell.”“Don’t worry, we’ve got your shadow and I can fix it,” said Wendy. She made Peter Pan sit on her bed and sewed his shadow to the tip of his shoe.In the same collection:• Thumbelina• The Ugly Duckling• The Brave Little Tailor• The Tin Soldier• The Musicians of Bremen• Hansel and Gretel• Three Little Pigs• Beauty and the Beast• Goldilocks and the 3 Bears• The Little Thumb• Puss in Boots• Little Red Riding Hood• Sleeping Beauty• Snow White and the Seven Dwarfs• Cinderella 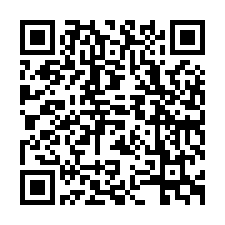