Description
From the #1 New York Times bestselling author of The Immortals comes a breathtaking new saga. Alyson NoÃ«l's Fated brims with magic, mystery, and an intoxicating love story that will steal your heart away. Meet The Soul Seekers.Strange things are happening to Daire Santos. Crows mock her, glowing people stalk her, time stops without warning, and a beautiful boy with unearthly blue eyes haunts all her dreams. Fearing for her daughter's sanity, Daire's mother sends her to live with the grandmother she's never met. A woman who recognizes the visions for what they truly are the call to her destiny as a Soul Seeker one who can navigate the worlds between the living and dead.There on the dusty plains of Enchantment, New Mexico, Daire sets out to harness her mystical powers. But it's when she meets Dace, the boy from her dreams, that her whole world is shaken to its core. Now Daire is forced to discover if Dace is the one guy she's meant to be with...or if he's allied with the enemy she's destined to destroy.
Also in This Series 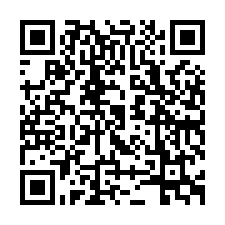