Description
The creator of Goodnight Goon and The Runaway Mummy pulls from his mad-scientist brain a kid so attracted to slime, muck, dirt, and yuck he could only be called Icky Ricky.

He did his homework on cheese slices, but got hungry and ate them.
He had his friends over for a sleepover . . . on the bedroom ceiling.
Harry, Icky Ricky's favorite hot dog, just landed in his dad's toolbox.
The town bully, Mean Dean, is looking to pound whoever lost his remote-controlled car. Was is Icky Ricky?

Icky Ricky is up to his eyebrows in mayhem--and in ick!

"Icky Ricky proves to be a satisfying new hero for readers who are ready for a more expansive view of the world than that offered by Dav Pilkey's Captain Underpants series. . . .  Readers will easily conclude that Ricky is awesome!"--BooklistOnline
"Hits the gross-out sweet spot."--Kirkus
"I thoroughly enjoyed these books, and I look forward to more icky adventures from young Ricky."--Nick Bruel, author of Bad Kitty
Also in This Series 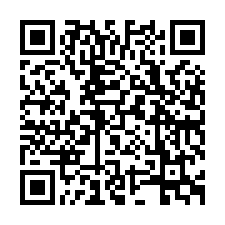