The good girl: [a novel]

Description
Look out for Mary Kubica&;s new twisty psychological thriller, The Other Mrs. perfect for fans of &;You&;.Over a million copies sold.&;A twisty, roller coaster ride of a debut. Fans of Gone Girl will embrace this equally evocative tale.&; &;Lisa Gardner, #1 New York Times bestselling author&;I&;ve been following her for the past few days. I know where she buys her groceries, where she has her dry cleaning done, where she works. I don&;t know the color of her eyes or what they look like when she&;s scared. But I will.&;One night, Mia Dennett enters a bar to meet her on-again, off-again boyfriend. But when he doesn&;t show, she unwisely leaves with an enigmatic stranger. At first Colin Thatcher seems like a safe one-night stand. But following Colin home will turn out to be the worst mistake of Mia&;s life.When Colin decides to hide Mia in a secluded cabin in rural Minnesota instead of delivering her to his employers, Mia&;s mother, Eve, and detective Gabe Hoffman will stop at nothing to find them. But no one could have predicted the emotional entanglements that eventually cause this family&;s world to shatter.An addictively suspenseful and tautly written thriller, The Good Girl is a propulsive debut that reveals how even in the perfect family, nothing is as it seems.Look for these other pulse-pounding thrillers by New York Times bestselling author Mary Kubica:Pretty BabyDon&;t You CryEvery Last LieWhen the Lights Go OutThe Other Mrs.
Also in This Series 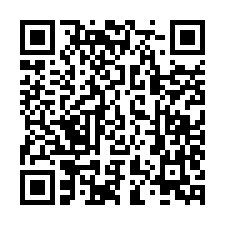