The red tent: A Novel

Deeply affecting, The Red Tent combines rich storytelling with a valuable contribution in modern fiction: a new perspective of female life in biblical society. It is a vast and stirring work described as what the Bible might have been had it been written by Gods daughters instead of sons. Far beyond the traditional women-of-the-Bible sagas in both impact and vigor, The Red Tent is based upon a mention in Genesis of Jacobs only female offspringâ€”his daughter, Dinah. Author Anita Diamant, in the voice of Dinah, gives an insiders look at the details of womens lives in biblical times and a chronicle of their earthy stories and long-ignored histories. The red tent of the title is the place where women were sequestered during their cycles of birthing, menses, and illness. It is here that Dinah hears the whispered stories of her four mothersâ€”Jacobs wives Leah, Rachel, Zilpah, and Bilhahâ€”and tells their tales to us in remarkable and thought-provoking oratories. Familiar passages from the Bible take on new life as Dinah fills in what the Bible has left outâ€”the lives of women. Dinah tells us of her initiation into the religious and sexual practices of the tribe; Jacobs courtship with Rachel and Leah; the ancient world of caravans, farmers, midwives, and slaves; her ill-fated sojourn in the city of Sechem; her years in Canaan; and her half-brother Josephs rise in Egypt. Skillfully interweaving biblical tales with characters of her own invention, the author re-creates the life of Dinah providing an illuminating portrait of a courageous woman and the life she might have lived. A new view of the panorama of life in biblical times emerges from the female perspective, and the red tent itself becomes a symbol of womanly strength, love, and wisdom. 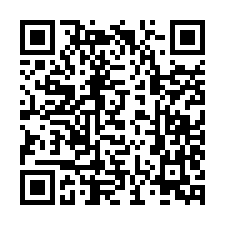