Description
Alone again! Just like his orphaned boyhood. Those are Nevada’s thoughts as he turns from the only home and happiness he has ever known. But it had all been a lie, at least on his part. He had been hiding his true identity from his best friend Ben, and the woman he loved, Hettie. They knew him as Nevada, a man they care for and respected, when in truth he was a wandering fugitive gunman, notorious from Nevada clear to Tombstone, Arizona. And now he had done what he swore never do again, he had killed not one, but three men. But he didn’t regret it, he had done it to save his friend Ben from being branded a rustler and going to prison. His sacrifice would now allow Ben to be free, to prosper, and to marry the love of his life. But the price he must now pay, is a living hell. A life alone, a life as his real self-- Notorious Outlaw Jim Lacy, but worst of all, a life without his best friend, Ben, and his most precious Hettie. Thus begins the exciting and emotional sequel to Zane Grey’s The Forlorn River.
Also in This Series 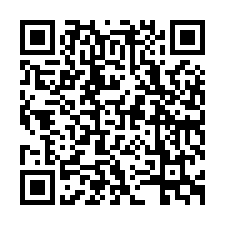