The knowledge: a Richard Jury mystery

Description
In the new mystery in the bestselling Richard Jury series, MWA Grand Master Martha Grimes brings London’s finest and “the Filth” together on a double-homicide case that involves Kenyan art, rare gems, astrophysics, and a long-fermented act of revenge

With their signature wit, sly plotting, and gloriously offbeat characters, Martha Grimes’s New York Times bestselling Richard Jury mysteries are “utterly unlike anyone else’s detective novels” (Washington Post). In the latest series outing, The Knowledge, the Scotland Yard detective nearly meets his match in a Baker Street Irregulars-like gang of kids and a homicide case that reaches into east Africa.

Robbie Parsons is one of London’s finest, a black cab driver who knows every street, every theater, every landmark in the city by heart. In his backseat is a man with a gun in his hand—a man who brazenly committed a crime in front of the Artemis Club, a rarefied art gallery-cum-casino, then jumped in and ordered Parsons to drive. As the criminal eventually escapes to Nairobi, Detective Superintendent Richard Jury comes across the case in the Saturday paper.

Two days previously, Jury had met and instantly connected with one of the victims of the crime, a professor of astrophysics at Columbia and an expert gambler. Feeling personally affronted, Jury soon enlists Melrose Plant, Marshall Trueblood, and his whole gang of merry characters to contend with a case that takes unexpected turns into Tanzanian gem mines, a closed casino in Reno, Nevada, and a pub that only London’s black cabbies, those who have “the knowledge,” can find. The Knowledge is prime fare from “one of the most fascinating mystery writers today” (Houston Chronicle). 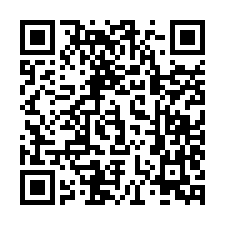