Description
Myron Bolitar is a hotheaded sports agent with a fierce wit, a taste for Yoo-Hoo, and a penchant for falling into jobs he doesn't want--think of him as Jerry Maguire as a reluctant private eye.  In this remarkable novel by Edgar Award-winning author Harlan Coben, Myron is asked to keep an eye on the star of the new women's basketball league who's been receiving threats on her life.  Myron takes on the seemingly innocuous task, figuring he'll pick up the star as a new client.  But soon her beauty and her quiet strength have him falling for her terrible story--the mother who disappeared twenty years before and the father who was recently discovered murdered--as he moves headlong into a case that prevails against his own better judgment, maybe to win her heart, maybe to save his own.  The answer is at the end of a narrow trail of lies, lust, and murder, where one false move can cost both of them their lives.

Combining riveting suspense, quick wit, and relentless energy, Coben proves he's at the top of his game with this endlessly entertaining and totally inescapable novel.
Also in This Series 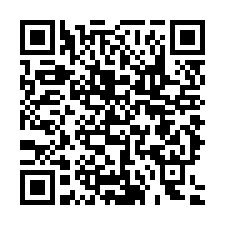