The Hidden Reality: Parallel Universes and the Deep Laws of the Cosmos 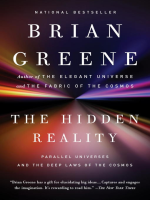 Description
From the best-selling author of The Elegant Universe and The Fabric of the Cosmos comes his most expansive and accessible book to date—a book that takes on the grandest question: Is ours the only universe?

There was a time when “universe” meant all there is. Everything. Yet, in recent years discoveries in physics and cosmology have led a number of scientists to conclude that our universe may be one among many. With crystal-clear prose and inspired use of analogy, Brian Greene shows how a range of different “multiverse” proposals emerges from theories developed to explain the most refined observations of both subatomic particles and the dark depths of space: a multiverse in which you have an infinite number of doppelgängers, each reading this sentence in a distant universe; a multiverse comprising a vast ocean of bubble universes, of which ours is but one; a multiverse that endlessly cycles through time, or one that might be hovering millimeters away yet remains invisible; another in which every possibility allowed by quantum physics is brought to life. Or, perhaps strangest of all, a multiverse made purely of math.

Greene, one of our foremost physicists and science writers, takes us on a captivating exploration of these parallel worlds and reveals how much of reality’s true nature may be deeply hidden within them. And, with his unrivaled ability to make the most challenging of material accessible and entertaining, Greene tackles the core question: How can fundamental science progress if great swaths of reality lie beyond our reach?

Sparked by Greene’s trademark wit and precision, The Hidden Reality is at once a far-reaching survey of cutting-edge physics and a remarkable journey to the very edge of reality—a journey grounded firmly in science and limited only by our imagination.
Also in This Series 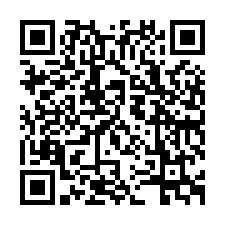 The bestselling author of The Elegant Universe and The Fabric of the Cosmos tackles perhaps the most mind-bending question in modern physics and cosmology: Is our universe the only universe?
There was a time when "universe" meant all there is. Everything. Yet, a number of theories are converging on the possibility that our universe may be but one among many parallel universes populating a vast multiverse. Here, Briane Greene, one of our foremost physicists and science writers, takes us on a breathtaking journey to a multiverse comprising an endless series of big bangs, a multiverse with duplicates of every one of us, a multiverse populated by vast sheets of spacetime, a multiverse in which all we consider real are holographic illusions, and even a multiverse made purely of math—and reveals the reality hidden within each.
Using his trademark wit and precision, Greene presents a thrilling survey of cutting-edge physics and confronts the inevitable question: How can fundamental science progress if great swaths of reality lie beyond our reach? The Hidden Reality is a remarkable adventure through a world more vast and strange than anything we could have imagined.