Description
Plus-sized P.I. Savannah Reid gets a taste of the high life when she attends a Hollywood premiere on the arm of husband Dirk Coulter. Savannah may be a newlywed, but even she gets weak in the knees when she meets celebrity athlete-turned-movie-star Jason Tyrone. So imagine how she feels when the star's rock-hard body is found rock-hard dead. . .

Some guys have everything. With his stunning looks and dazzling charm, Jason Tyrone is America's favorite new action hero. Make that was. Once so spectacular in action, the blockbuster idol was found dead in his hotel room after his latest premiere. Despite his chiseled physique, Jason is never getting up again. . .

Though the autopsy reveals Jason may have gotten his killer body through doping, no one wants to believe the beloved athlete is a fraud, least of all Savannah. Soon she's deeply immersed in the dark world of body enhancing drugs, and wondering if the world-class gym where Jason worked out is really just a front for a lucrative drug ring. Was Jason's death the price he paid for threatening to expose other celebrities caught in the clutch of keeping a flawless image? Or was everyone's favorite hero a victim of his own desire to always be at the top of his game? No stranger to society's obsession with image, Savannah is determined to get to the truth. And for the voluptuous investigator, this time it's personal. . .

Praise For G.A. McKvett And The Savannah Reid Mysteries

"McKevett has brought an exciting twist to the seventeenth entry in the series. . .a satisfying mystery." --Booklist

"A wonderful edition to the series." --Suspense Magazine

A Decadent Way To Die

"Savannah's as feisty as ever." --Kirkus Reviews

"Added to a well-plotted mystery, the very funny depiction of a different side of reality television makes Murder á la Mode a delight." --Mystery Scene

"A luscious heroine, humor, and down-home characters." --Library Journal
Also in This Series 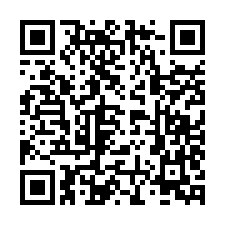