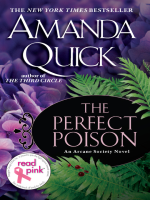 Plagued by rumors that she poisoned her fiancé, Lucinda Bromley manages to live on the fringes of polite society, tending her beloved plants'and occasionally consulting on a murder investigation. For the notorious botanist possesses a unique talent: she can detect almost any type of poison, especially ones that have their origins in the botanical kingdom.

But the death of a lord has shaken Lucinda to her core. At the murder scene, she picks up traces of a poison containing a very rare species of fern. So rare, in fact, that only one specimen exists in all of England'and it was stolen from her conservatory just last month.

To keep her name out of the investigation and to find the murderer, Lucinda hires a fellow Arcane Society member. Caleb Jones runs a psychical investigation agency. A descendant of the founder of the Society, he is very good at protecting its secrets'and frighteningly good getting at the truth. Immediately, Lucinda senses both a raw power and undeniable intensity in the imposing man.

But as a nearly overwhelming desire blooms between Caleb and Lucinda, they are drawn into the dark heart of a deadly conspiracy that can be traced to the early days of the Arcane Society'and to a legacy of madness that could plunge Caleb into the depths of his own tortured soul.' 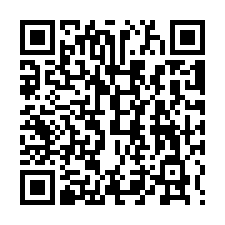 To keep her name out of the investigation and to find the killer, Lucinda hires a fellow Arcane Society member. The founder of a psychical investigation agency, Caleb Jones is very good at protecting the Society’s secrets—and frighteningly good at getting the truth.