Jane and the wandering eye »

Jane and the wandering eye

Description
In Stephanie Barron's third Jane Austen Mystery, the beloved author embarks on her most perplexing case...as misplaced passions, festering malice, and the desire for revenge serve to conceal the true motives for murder.
As Christmas of 1804 approaches, Jane Austen finds herself "insupportably bored with Bath, and the littlenesses of a town," despite the seasonal gaiety, the elegant Assemblies, and the appearance of a celebrated pair of actors at the Theatre Royal. It is with something like relief, then, that she accepts a peculiar commission from her Gentleman Rogue, Lord Harold Trowbridge - to shadow his niece, Lady Desdemona, who has fled to Bath to avoid the attentions of the arrogant and unsavoury Earl of Swithin.
But at a masquerade thronged with the fashionable and the notorious, Jane's idle diversion suddenly turns deadly. Even as actor Hugh Conyngham transfixes the guests with his declamation of Macbeth's murderous soliloquy, his theatre manager is discovered stabbed to death in an anteroom. Weeping on his breast is Hugh's sister, the spirited tragedienne Maria Conyngham. And standing by the body, knife in hand, is Desdemona's brother, Simon, Lord Kinsfell. In vain does Simon protest his innocence: he is arrested and charged with murder.
Jane, however, knows that there is more to this fatal drama than meets the eye. And what is one to surmise from the stormy portrait of an eye left lying on the corpse? As Yuletide revels progress, Jane's delicate inquiries expose a bewildering array of suspects amid an endlessly shifting pattern of flirtations, amours, and sinister entanglements.
Also in This Series 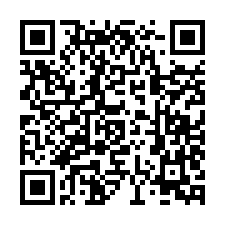 accelerated_reader_point_value
0
accelerated_reader_reading_level
0
author
Barron, Stephanie
author_display
Barron, Stephanie
available_at_addison
Addison Public Library
Online OverDrive Collection
collection_addison
Adults
detailed_location_addison
2nd Floor- Adult Books
Online OverDrive Collection
display_description
As Christmas of 1804 approaches, Jane Austen finds herself "insupportably bored with Bath, and the littleness of a town." It is with relief that she accepts a peculiar commission from her Gentleman Rogue, Lord Harold Trowbridge—to shadow his niece, Lady Desdemona, who has fled to Bath to avoid the attentions of the unsavoury Earl of Swithin.