Description
If you love The Great Gatsby, you'll want to read the Flappers series.

Every girl wants what she can’t have. Seventeen-year-old Gloria Carmody wants the flapper lifestyle—and the bobbed hair, cigarettes, and music-filled nights that go with it. Now that she’s engaged to Sebastian Grey, scion of one of Chicago’s most powerful families, Gloria’s party days are over before they’ve even begun . . . or are they?

Clara Knowles, Gloria’s goody-two-shoes cousin, has arrived to make sure the high-society wedding comes off without a hitch—but Clara isn’t as lily-white as she appears. Seems she has some dirty little secrets of her own that she’ll do anything to keep hidden. . . .

Lorraine Dyer, Gloria’s social-climbing best friend, is tired of living in Gloria’s shadow. When Lorraine’s envy spills over into desperate spite, no one is safe. And someone’s going to be very sorry. . . .

From author Jillian Larkin, VIXEN is the first novel in the sexy, dangerous, and ridiculously romantic series set in the Roaring Twenties . . . when anything goes.
Also in This Series 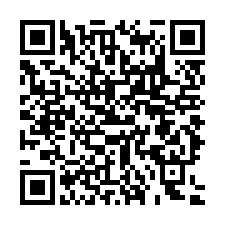