Description
In 1974, a revolutionary group calling itself The Dread Scott Brigade held up the Old Shawmut Bank in Boston's Audubon Circle. Money was stolen. And a woman named Emily Gordon, a visitor in town cashing traveler's checks, was shot and killed. No one saw who shot her. Despite security-camera photos and a letter from the group claiming responsibility, the perpetrators have remained at large for nearly three decades.

Enter Paul Giacomin, the closest thing to a son Spenser has. Twice before, Spenser's come to the young man's assistance; and now Paul is thirty-seven, his troubled past behind him. When Paul's friend Daryl Gordon-daughter of the long-gone Emily-decides she needs closure regarding her mother's death, it's Spenser she turns to. The lack of clues and a missing FBI intelligence report force Spenser to reach out in every direction-to Daryl's estranged, hippie father, to Vinnie Morris and the mob, to the mysterious Ives-testing his resourcefulness and his courage.

Taut, tense, and expertly crafted, this is Robert B. Parker at his storytelling best.
Also in This Series 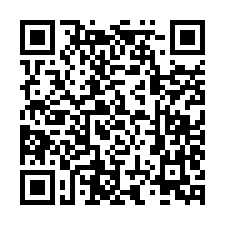