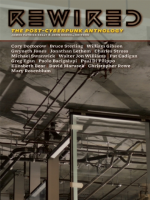 Description
Cyberpunk is dead. The revolution has been co-opted by half-assed heroes, overclocked CGI, and tricked-out shades. Once radical, cyberpunk is now nothing more than a brand.Time to stop flipping the channel.These sixteen extreme stories reveal a government ninja routed by a bicycle repairman, the inventor of digitized paper hijacked by his college crush, a dead boy trapped in a warped storybook paradise, and the queen of England attacked with the deadliest of forbidden technology: a working modem. You’ll meet Manfred Macx, renegade meme-broker, Red Sonja, virtual reality sex-goddess, and Felix, humble sys-admin and post-apocalyptic hero.Editors James Patrick Kelly and John Kessel (Feeling Very Strange: The Slipstream Anthology) have united cyberpunk visionaries William Gibson, Bruce Sterling, and Pat Cadigan with the new post-cyberpunk vanguard, including Cory Doctorow, Charles Stross, and Jonathan Lethem. Including a canon-establishing introduction and excerpts from a hotly contested online debate, Rewired is the first anthology to define and capture the crackling excitement of the post-cyberpunks.From the grittiness of Mirrorshades to the Singularity and beyond, it’s time to revive the revolution.
Also in This Series 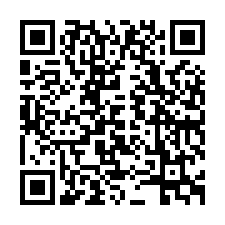