An Anthropologist on Mars » 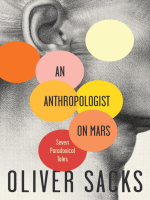 Description
Neurological patients, Oliver Sacks once wrote, are travellers to unimaginable lands. An Anthropologist on Mars offers portraits of seven such travellers - including a surgeon consumed by the compulsive tics of Tourette's syndrome unless he is operating; an artist who loses all sense of color in a car accident, but finds a new sensibility and creative power in black and white; and an autistic professor who cannot decipher the simplest social exchange between humans, but has built a career out of her intuitive understanding of animal behavior.
These are paradoxical tales, for neurological disease can conduct one to other modes of being that - however abnormal they may be to our way of thinking - may develop virtues and beauties of their own. The exploration of these individual lives is not one that can be made in a consulting room or office, and Sacks has taken off his white coat and deserted the hospital, by and large, to join his subjects in their own environments. He feels, he says, in part like a neuroanthropologist, but most of all like a physician, called here and there to make house calls, house calls at the far border of experience.
Along the way, he shows us a new perspective on the way our brains construct our individual worlds. In his lucid and compelling reconstructions of the mental acts we take for granted - the act of seeing, the transport of memory, the notion of color - Oliver Sacks provokes anew a sense of wonder at who we are.
Also in This Series 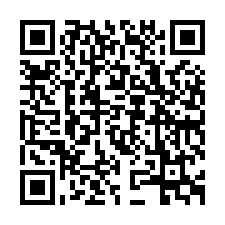