Description
This delicious new volume of Ruth Reichl's acclaimed memoirs recounts her "adventures in deception," as she goes undercover in the world's finest restaurants. Reichl knows that "to be a good restaurant critic, you have to be anonymous," but when she signs up to be the most important restaurant critic in the country, at The New York Times, her picture is posted in every four-star, low-star, and no-star kitchen in town. Managers offer cash bonuses for advance notice of her visits. They roll out the red carpet whether she likes it or not. What's a critic in search of the truth to do? Reichl dons a frumpy blond wig and an off-season beige Armani suit. Then on the advice of a friend, an acting coach with a Pygmalion complex, she begins assembling her new character's backstory. She takes to the assignment with astonishing ardor-and thus Molly Hollis, the retired high school teacher from Birmingham, Michigan, nouveau riche from her husband's real estate speculation, is born. And duly ignored, mishandled, and condescended to by the high-power staff at Le Cirque. The result: Reichl's famous double review, first as she ate there as Molly and then as she was coddled and pampered on her visit there as Ruth, The New York Times food critic. When restaurateurs learn to watch for Molly, Reichl buys another wig and becomes someone else, and then someone else again, from a chic interior decorator to an eccentric redhead on whom her husband-both disconcertingly and reassuringly-develops a terrible crush. As she puts on her disguises, she finds herself changed not just superficially, but in character. She becomes Molly the schoolmarm, Chloe the seductress, and Brenda the downtown earth mother-and imagine the complexities when she dines out as Miriam, her own mother. As Reichl metes out her critical stars, she gives a remarkable account of how one's outer appearance can influence one's inner character, expectations, and appetites. Reichl writes, "Every restaurant is a theater...even the modest restaurants offer the opportunity to become someone else, at least for a little while." Dancing with the Stars examines character, artifice, and excellence on the sumptuously appointed stages of the restaurant world and offers an unprecedented backstage tour of the theater where Ruth Reichl played the role of a lifetime, as the critic of record at The New York Times.
Also in This Series 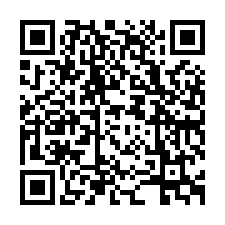