Growing up Bin Laden: Osama's wife and son take us inside their secret world

Description
"I was not always the wife of Osama bin Laden. Once I was an innocent child dreaming little girl dreams."

Thus begins this powerful story by Najwa bin Laden, who married her cousin Osama bin Laden at the age of fifteen to become his first wife and the mother to eleven of his children, and her son, Omar bin Laden, the fourth-born son of Osama bin Laden. Together, mother and son tell an extraordinarily powerful story of a man hated by so many yet both loved and feared by his family, with spine-tingling details about the life and times of the man they knew as a husband and father, including:

-Osama's disapproval of modern conveniences, including electricity and medicine

-Transporting his wives and children to the rough terrain of Sudan, where he claimed to be preparing them for attacks from western powers, commanding them to dig holes and to sleep in those holes, allowing nothing more than sand and twigs for cover

-What happened in the bin Laden home in Jeddah, Saudi Arabia, on the morning of September 11, 2001, and Omar's surprise phone call with his mother, who escaped from Afghanistan only two days before the shattering events that killed so many innocent people

Since September 11, 2001, journalists have struggled to uncover carefully guarded information about Osama's private life. Until now, Osama bin Laden's family members have not cooperated with any writers or journalists. Now, with unprecedented access and insight, Jean Sasson, author of the bestselling Princess: A True Story Behind the Veil in Saudi Arabia, takes us inside the secret world of Osama bin Laden.
Also in This Series 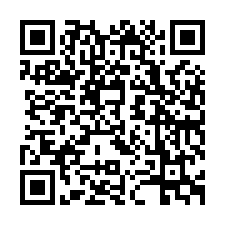