One true thing: a novel

Ellen Gulden is enjoying her career as a successful magazine writer in New York City when she learns that her mother, Kate, is dying of cancer. Ellen’s father insists that she quit her job and return home to become a caregiver. A high-powered career woman, Ellen has never felt she had much in common with her mother, a homemaker and the heart of their family. Yet as Ellen begins to spend time with Kate, she discovers many surprising truths, not only about herself, but also about the woman she thought she knew so well.

Later, when Ellen is accused of the mercy killing of her mother, she must not only defend her own life but make a difficult choice—either accept responsibility for an act she did not commit or divulge the name of the person she believes committed a painful act of love.

Praise for One True Thing

“We leave One True Thing stimulated and challenged, more thoughtful than when we began.”—Los Angeles Times

“Like a brush with mortality, One True Thing leaves the reader feeling grateful, wide awake, lucky to be alive.”—Michael Chabon

“It calls you back for another read. . . . This is a book of catharsis.”—The Denver Post

“Fiercely compassionate and frank.” —Elle
Also in This Series 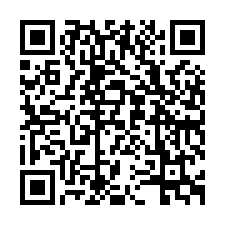