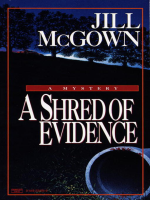 Description
Critics have always praised the sophisticated English mystery novels of Jill McGown, comparing them with the best of Christie and Sayers. Noted for her rich, intricate plots, and distinguished for her sensitive, insightful portrayals of male-female relationships, McGown is no longer merely a writer to watch, but an author who has hit a remarkable stride. Witness A Shred of Evidence, her terrifying new novel about chilling passion and psychotic obsession.
Although the beginning of the new term at Oakland School in Stansfield, England, seems much as usual, it isn't. Handsome physical education instructor Colin Cochrane has just received yet another steamy anonymous letter. His wife is not amused. And a good-looking new English teacher, Patrick Murray, has joined the staff, fresh from a bit of trouble at his last school. Between them, Patrick and Colin provide abundant inspiration for adolescent sexual fantasies--which unfortunately become a twisted, tragic reality when fifteen-year-old Natalie Ouspensky is strangled, having first been (possibly) raped as well.
Although Detective Inspector Judy Hill and Detective Chief Inspector Lloyd are certain that Natalie's killer is someone from Oakland School, they have their work cut out making certain just who. For Natalie wasn't quite the innocent her mother believes, and her classmates guard Natalie's secrets--and their own--like life itself.
It would be so easy for Hill and Lloyd to make an arrest, and so likely that they'd be wrong. For once the odds are that a killer will slip right through their fingers, until a shred of evidence points them in the right direction. . . .
Also in This Series 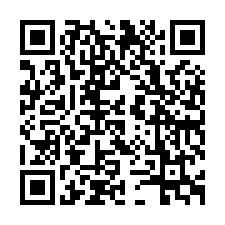