The other typist: A Novel 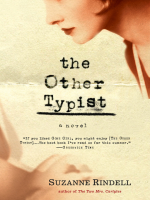 "Take a dollop of Alfred Hitchcock, a dollop of Patricia Highsmith, throw in some Great Gatsby flourishes, and the result is Rindell’s debut, a pitch-black comedy about a police stenographer accused of murder in 1920s Manhattan.... A deliciously addictive, cinematically influenced page-turner, both comic and provocative." ?Kirkus Reviews, starred review

For fans of The Talented Mr. Ripley and The Great Gatsby comes one of the most memorable unreliable narrators in years.

Rose Baker seals men’s fates. With a few strokes of the keys that sit before her, she can send a person away for life in prison. A typist in a New York City Police Department precinct, Rose is like a high priestess. Confessions are her job. It is 1923, and while she may hear every detail about shootings, knifings, and murders, as soon as she leaves the interrogation room she is once again the weaker sex, best suited for filing and making coffee.

This is a new era for women, and New York is a confusing place for Rose. Gone are the Victorian standards of what is acceptable. All around her women bob their hair, they smoke, they go to speakeasies. Yet prudish Rose is stuck in the fading light of yesteryear, searching for the nurturing companionship that eluded her childhood. When glamorous Odalie, a new girl, joins the typing pool, despite her best intentions Rose falls under Odalie’s spell. As the two women navigate between the sparkling underworld of speakeasies by night and their work at the station by day, Rose is drawn fully into Odalie’s high-stakes world. And soon her fascination with Odalie turns into an obsession from which she may never recover. 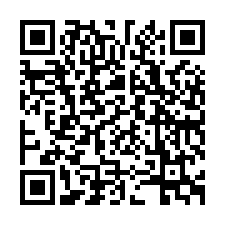