The infinite in between »

The infinite in between 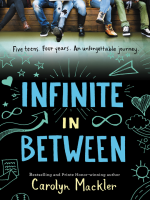 Description
<p><strong><em>The Breakfast Club</em> meets <em>Boyhood</em> in this striking young adult novel from Printz Honor author Carolyn Mackler, which chronicles the lives of five teenagers through the thrills, heartbreaks, and joys of their four years in high school.</strong></p><p><strong>"Characters live, grow, and ultimately come of age in a beautifully constructed world,” raved <em>Kirkus </em>in a starred review.</strong></p><p>Zoe, Jake, Mia, Gregor, and Whitney meet at freshman orientation. At the end of that first day, they make a promise to reunite after graduation. But so much can happen in those in-between years. . . . </p><p><strong>Zoe</strong> fears she will always be in her famous mother’s shadow. <strong>Jake</strong> struggles to find the right connections in friendship and in love. <strong>Mia</strong> keeps trying on new identities, looking for one that actually fits. <strong>Gregor</strong> <em>thought</em> he wanted to be more than just a band geek. And <strong>Whitney</strong> seems to have it all, until it’s all falling apart around her.</p><p>Carolyn Mackler skillfully brings the stories of these five disparate teens together to create a distinct and cohesive whole—a novel about how we can all affect one another’s lives in the most unexpected and amazing ways.</p><p><em>Infinite in Between</em> received four starred reviews, was listed on several best books of the year lists, and is perfect for fans of books by Jandy Nelson, Sara Zarr, and E. Lockhart.</p>
Also in This Series 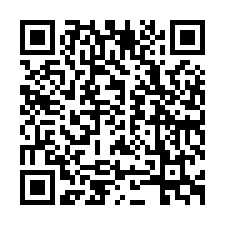