The fate of the Tearling »

The fate of the Tearling: a novel

"Katniss Everdeen, you have competition."&;Entertainment Weekly

In the final volume of the the&#160;New York Times bestselling Tearling trilogy, which&#160;has captivated readers around the world, Erika Johansen brings&#160;the series to a climactic and satisfying close.

In less than a year, Kelsea Glynn has transformed from a gawky teenager into a powerful monarch. As she has come into her own as the Queen of the Tearling, the headstrong, visionary leader has also transformed her realm. In her quest to end corruption and restore justice, she has made many enemies&;including the evil Red Queen, her fiercest rival, who has set her armies against the Tear.

To protect her people from a devastating invasion, Kelsea did the unthinkable&;she gave herself and her magical sapphires to her enemy, and named the Mace, the trusted head of the Queen&;s Guard, as Regent in her place. The Mace will not rest until he and his men rescue their sovereign, imprisoned and imperiled in Mortmesne. While they embark on this dangerous mission, Kelsea must unravel the secrets of her own heritage and of the Tearling&;s past, secrets with stakes far higher than she could ever have imagined. But a powerful new enemy stands in her way. Bolstered by anger from the past and growing stronger by the day, he&;ll stop at nothing to destroy anyone who challenges his claim.

Now, as the suspenseful endgame begins, the fate of Queen Kelsea&;and of the Tearling itself&;will finally be revealed. 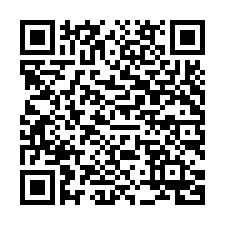