Never look away: a thriller

Description
"Where has Linwood Barclay been all my life? His is the best thriller I've read in five years. Once I was 30 pages in, I literally couldn't put it down. The writing is crisp; the twists are jolting and completely unexpected. Think 'Rebecca' and you'll be in the right neighborhood."  - Stephen King


In this tense, mesmerizing thriller by Linwood Barclay, critically acclaimed author of Fear the Worst and Too Close to Home, a man’s life unravels around him when the unthinkable strikes.

A warm summer Saturday. An amusement park. David Harwood is glad to be spending some quality time with his wife, Jan, and their four-year-old son. But what begins as a pleasant family outing turns into a nightmare after an inexplicable disappearance. A frantic search only leads to an even more shocking and harrowing turn of events.

Until this terrifying moment, David Harwood is just a small-town reporter in need of a break. His paper, the Promise Falls Standard, is struggling to survive. Then he gets a lead that just might be the answer to his prayers: a potential scandal involving a controversial development project for the outskirts of this picturesque upstate New York town. It’s a hot-button issue that will surely sell papers and help reverse the Standard’s fortunes, but strangely, David’s editors keep shooting it down.

That’s a question no longer at the top of David’s list. Now the only thing he cares about is restoring his family. Desperate for any clue, David dives into his own investigation—and into a web of lies and deceit. For with every new piece of evidence he uncovers, David finds more questions—and moves ever closer to a shattering truth.
Also in This Series 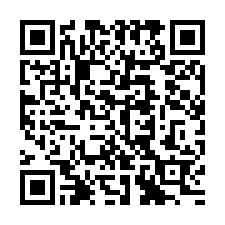