Lennon: the man, the myth, the music--the definitive life

Description
In his commanding new book, the eminent NPR critic Tim Riley takes us on the remarkable journey that brought a Liverpool art student from a disastrous childhood to the highest realms of fame.

Riley portrays Lennon's rise from Hamburg's red light district to Britain's Royal Variety Show; from the charmed naiveté of "Love Me Do" to the soaring ambivalence of "Don't Let Me Down"; from his shotgun marriage to Cynthia Powell in 1962 to his epic media romance with Yoko Ono. Written with the critical insight and stylistic mastery readers have come to expect from Riley, this richly textured narrative draws on numerous new and exclusive interviews with Lennon's friends, enemies, confidantes, and associates; lost memoirs written by relatives and friends; as well as previously undiscovered City of Liverpool records. Riley explores Lennon in all of his contradictions: the British art student who universalized an American style, the anarchic rock 'n' roller with the moral spine, the anti-jazz snob who posed naked with his avant-garde lover, and the misogynist who became a househusband. What emerges is the enormous, seductive, and confounding personality that made Lennon a cultural touchstone.

In Lennon, Riley casts Lennon as a modernist hero in a sweeping epic, dramatizing rock history anew as Lennon himself might have experienced it.
Also in This Series

Pre-Beatles, 1940-1959. No reply ; Something to hide ; She said she said ; Nobody told me ; Pools of sorrow
Beatlehood, 1960-1969. Well well well ; I found out ; A man you must believe ; Isolation ; Hold on ; Thick of it ; One sweet dream ; Watching the wheels ; Another kind of mind ; In a play ; I should have known better ; How? ; Thank you girl
Beyond Beatles, 1970-1980. Just we two ; I'll cry instead ; You can't do that ; I'm a loser ; Get back ; Three of us.
Excerpt
Loading Excerpt...
Author Notes
Loading Author Notes...
Subjects
Subjects
Biography & Autobiography
Lennon, John
Lennon, John, -- 1940-1980
Nonfiction
Rock musicians
Rock musicians -- England -- Biography
More Details
ISBN:
9781401324520
9780316331227
Similar Series From NoveList
Similar Titles From NoveList
Similar Authors From NoveList
Librarian Reviews
Published Reviews
Reviews from GoodReads
Loading GoodReads Reviews.
Tagging
Tags: 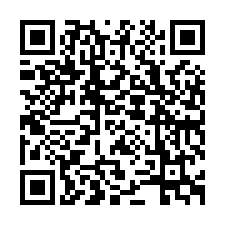