Description
The desert is a good place to bury a body. And under the sun-parched Arizona landscape some chilling secrets are about to unfold as newly elected Sheriff Joanna Brady investigates a most peculiar double homicide.
A body, barely cold, is lying in an abandoned mine shaft. Next to it are the decayed remains of a man everyone in Cochise County has long forgotten - a murder victim who died long before Joanna Brady was born. And the only thing that hasn't evaporated in the Arizona sun are whispered and life-shattering rumors of appalling childhood abuse.
As the desert gives up its grisly secrets, Joanna Brady battles to redeem the savaged reputation of one of her personal heroes. Her day-to-day struggle lends new meaning to the term working mother. The incoming sheriff faces an intensely hostile male-dominated police department. She fends off the attentions of her well-meaning mother even as she strives to handle her own difficult and suddenly temperamental daughter.
Despite a placid, small-town surface, greed and manipulation are working overtime among Cochise County's movers and shakers. And Joanna earns her newly won badge when she uncovers a suspected killer who has lurked there undetected for two generations.
Along with the dismayed, tongue-wagging citizens of Bisbee, Arizona, the reader is seduced into the web of passions and secrets Jance so ably weaves. Fast-paced and shocking, Tombstone Courage is a multilayered mystery that delves into the heart of the New West with a foundation firmly grounded in its storied, gunslinging past.
Also in This Series 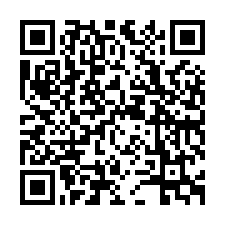