Green on blue: a novel

Description
From a decorated former Marine, CIA officer, and White House Fellow, a stirring debut novel, an incredible act of empathy and imagination, about a young Afghan orphan.
Aziz and his older brother Ali are coming of age in a tiny village in the pine forests and endless mountains of eastern Afghanistan. There is no school, but their mother teaches them to read and write, and once a month she sends the boys on a two-day journey to the bazaar in Orgun. The family is not “large or prosperous,” but, inside their mud-walled\home, they have stability and routine. This is all destroyed in a single day when a convoy of armed men arrive in their village. Aziz and Ali elude these militants, but, in a random act of violence, their parents are taken from them.
The boys make their way to Orgun, where they sleep among the orphans in the surrounding hills. They learn to beg, and, eventually, they earn work and trust from the local shopkeepers. Ali saves their money, and sends Aziz to school at the madrassa. When U.S. forces invade the country, the militants launch increasingly brutal attacks, and the brothers find themselves caught in a deadly conflict whose shape they barely comprehend. After Ali is horribly disfigured in a militant bombing, Aziz meets an Afghan wearing an American uniform in the hospital and is recruited into the Special Lashkar, a U.S. funded militia. Driven by a desire for revenge and a need to provide for his brother, Aziz—no longer a boy, but not yet a man—departs for the untamed border region to train as a soldier. Trapped in a conflict both savage and entirely contrived, Aziz struggles to understand his place in this world. Will he embrace the brutality of war or leave it behind, and risk placing his brother—and a young woman he comes to love—in jeopardy?
A former Marine and CIA officer, Elliot Ackerman has written a gripping, morally complex debut novel, an astounding act of empathy and imagination about the duplicitous nature of war.
Also in This Series 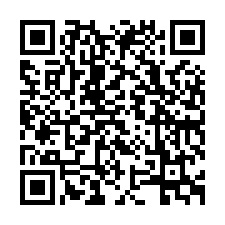 accelerated_reader_point_value
0
accelerated_reader_reading_level
0
auth_author2
Marek, Piter
author
Ackerman, Elliot
author2-role
Marek, Piter.|Narrator
hoopla digital
author_display
Ackerman, Elliot
available_at_addison
Online OverDrive Collection
detailed_location_addison
Online Hoopla Collection
Online OverDrive Collection
display_description
What makes Green on Blue so brilliantly poignant is Elliot Ackerman's feeling of empathy, his ability to get under his characters' skin, reminding us not only of our vast differences but of our shared humanity."-Azar Nafisi, author of Reading Lolita in Tehran "Green on Blue is harrowing, brutal, and utterly absorbing. With spare prose, Ackerman has spun a morally complex tale of revenge, loyalty, and brotherly love. The saga of young Aziz is a chilling and often disturbing glimpse into one of the world's most troubled regions."-Khaled Hosseini, author of The Kite Runner "If we're looking for answers-and after fourteen years of war we damn well better be-Elliot Ackerman's brilliant, audacious novel is an excellent place to start. For so many years the war has been about "us" and "them," but Green on Blue blows open the standard narrative by showing just how fluid and fraught that distinction can be. If we're tempted to think this war has been simple and clean, Ackerman's unflinching novel should wake us up to the messy, heartbreaking reality of it all."-Ben Fountain, author of Billy Lynn's Long Halftime Walk "Elliot Ackerman, a former Marine deployed in Iraq and Afghanistan, has performed that most difficult of all military operations - the achievement of radical empathy. In Green on Blue he has entered the world and the consciousness of a young Afghan soldier, one who is orphaned, impoverished and placed under the obligation of revenge. In doing so, Ackerman has brought to us a new understanding of the complicated layers within Afghanistan's tribal society, and the penetrating beauty of that country's landscape. This is a brave and impressive debut."-Roxana Robinson, author of Sparta and Cost "Green on Blue is a remarkable achievement, a novel of war, betrayal, love, and honor that feels equally timeless and timely. Aleksander Solzhenitsyn once wrote that the line dividing good and evil doesn't run between nations, but through every human heart. Elliot Ackerman traces that shifting line with enormous empathy and intelligence."-Anthony Marra, author of A Constellation of Vital Phenomena "With a tension and tenderness reminiscent of Graham Greene, Elliot Ackerman's gripping novel of revenge and honor deftly reveals the complex machinations of a too often oversimplified war."-Alexander Maksik, author of You Deserve Nothing and A Marker to Measure Drift "This is the best novel of the Afghan-Iraq wars to date, striking a lyrical cord akin and equal in power to Hemingway's For Whom The Bell Tolls. Elliot Ackerman captures both the deep brutality and the innate humanity of the Afghan Pashtun world and its collision with the west in clear, cold strokes. This fearless and pitch perfect first novel is a heart-breaking wonder."-Admiral James Stavridis, USN (Ret), former NATO Supreme Allied Commander and Dean of The Fletcher School of Law and Diplomacy at Tufts University "Like The Thin Red Line's Guadalcanal, Green on Blue's Shkin is one war's heart, marked by loss, ambition, blood. Only Ackerman (a veteran, like Jones) isn't channeling the American view; his extraordinary empathy marks this novel as something more than brilliant. It is brave."-Lea Carpenter, author of Eleven Days "In all too many accounts of the Afghan War, the Afghan people caught in the cross-fire are rendered invisible. Elliot Ackerman's eye-opening Green on Blue places them front and center, taking us into the life of a Pashtun orphan navigating the impossible choices offered to him by the brutal realities of his war-torn country. An incisive and moving glimpse into the human consequences of decades of conflict."-Phil Klay, author of Redeployment From a decorated former Marine, CIA officer, and White House Fellow, a...
format_addison
eAudiobook
format_category_addison
Audio Books
eBook
id
c2525f40-3adb-c9c7-b97e-078e5fdfd0c7
isbn
9781490671529
last_indexed
2022-09-29T10:07:33.268Z
lexile_score
-1
literary_form
Fiction
literary_form_full
Fiction
local_callnumber_addison
Online OverDrive
owning_library_addison
Addison Public Library Online
owning_location_addison
Online OverDrive Collection
primary_isbn
9781490671529
publishDate
2015
publisher
Recorded Books, Inc
Recorded Books, Inc.
recordtype
grouped_work
subject_facet
Afghanistan -- Fiction
title_display
Green on blue : a novel
title_full
Green on Blue
Green on blue : a novel [electronic resource] / Elliot Ackerman
title_short
Green on blue
title_sub
a novel
topic_facet
Fiction
Literature
Thriller