Death of a poison pen »

Death of a poison pen: a Hamish Macbeth mystery

Description
Vacationer Jenny Ogilvie comes to Lochdubh with plans to seduce perennial bachelor Hamish Macbeth. Terribly jealous of Priscilla Halburton-Smythe, her snooty co-worker and Macbeth's former fiancee, the pretty and flirtatious Londoner arrives at the gale-swept loch expecting the craggy Highlander of her dreams. Instead, she finds a tall, gangling, red-haired policeman too preoccupied to notice her overtures.Indeed, Macbeth has more serious matters on his mind. The minister's wife has gotten an anonymous letter accusing her of an adulterous affair with none other than Macbeth himself. Things turn deadly when the postmistress from nearby Braikie is found hanged in her room...with a poison-pen letter beneath her dangling feet. Macbeth's superiors call it an obvious suicide, but the recalcitrant Macbeth pronounces it a murder - and promptly sets off a media circus.While Jenny tries to impress him by playing amateur sleuth, local reporter Elspeth Grant sets out to land the story and Macbeth for herself. Surveying his bevy of women, the hapless constable must not lose sight of the dangers he faces. For the poison pen has unleashed a murderous fury that will imperial any nosy villager who ventures too near.
Also in This Series 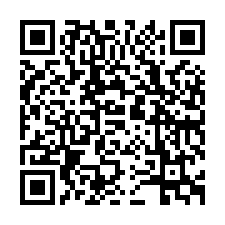