Description
Attorney Andy Carpenter's legal maneuvers are legion in and out of the courtrooms of Paterson, New Jersey. A talented lawyer who knows how to play all the cards, he is torn between mending a marriage that no longer works and growing attached to a beautiful, no-nonsense private investigator. Besides his love for sports, Andy also adores Tara, a golden retriever clearly smarter than half the lawyers who clog the courts of Passaic County.Then one day the fun stops.It all begins when Andy's father, venerated ex-district attorney Nelson Carpenter, asks him to take the appeals case of Willie Miller, a young black man on death row for the murder of a white woman. Nelson himself had prosecuted Miller but refuses to disclose why he wants Andy to represent the convicted man. A few days later, Nelson drops dead in front of his son at a game in Yankee Stadium.Suddenly Andy finds himself the inheritor of a staggering fortune he never knew his father had. The astonished advocate soon unearths a mysterious old photograph of a much younger Nelson, a picture that may have a sinister connection to the Willie Miller case. But before he can sort out the truth behind his father's life and death, Andy receives an anonymous threat - delivered in a most terrifying fashion.Now the quick-witted Andy, with his client's life hanging in the balance, must uncover a decades-old secret, one so shocking and unthinkable as to threaten everything he believes in and everyone he has ever loved. Caught in an explosive endgame, he will face the heat of a deadly political firestorm ... where the wrong move will close out his case for good.
Also in This Series 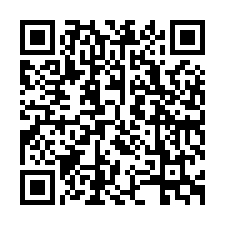