The stranger you seek »

The stranger you seek: a novel

Description
The papers have called me a monster. You’ve either concluded that I am a braggart as well as a sadist or that I have a deep and driving need to be caught and punished.

In the sweltering heat of an Atlanta summer, a killer is pushing the city to its breaking point, preying on the unsuspecting, writing taunting letters to the media, promising more death. Desperate to stop the Wishbone Killer before another victim meets a shattering end, A.P.D. lieutenant Aaron Rauser turns to the one person he knows can penetrate a deranged mind: ex–FBI profiler Keye Street.

And you must certainly be wondering if I am, in fact, the stranger you seek.

Keye was a rising young star at the Bureau until addiction derailed her career and her life. Now sober and fighting to stay so, Keye picks up jobs where she can get them: catching adulterers, serving subpoenas, chasing down bailjumpers, and dodging the occasional bullet. With multiple victims, little to go on, and an entire police force looking for direction, the last thing Keye wants is to be pulled into the firestorm of Atlanta’s worst nightmare.

Shall I convince you?

And then it suddenly becomes clear that the hunter has become the hunted—and the stranger she seeks is far closer than she ever dared imagine.

An electrifying thriller debut, The Stranger You Seek introduces a brash, flawed, and unforgettable heroine in a complex, twisting novel that takes readers deep into a sultry Southern summer, a city in the grips of chaos, and a harrowing cat-and-mouse game no reader will ever forget.
Also in This Series 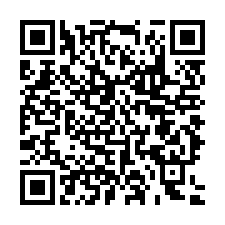