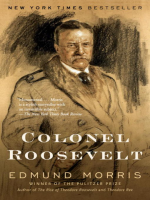 Description
Of all our great presidents, Theodore Roosevelt is the only one whose greatness increased out of office. When he toured Europe in 1910 as plain “Colonel Roosevelt,” he was hailed as the most famous man in the world. Crowned heads vied to put him up in their palaces. “If I see another king,” he joked, “I think I shall bite him.”

Had TR won his historic “Bull Moose” campaign in 1912 (when he outpolled the sitting president, William Howard Taft), he might have averted World War I, so great was his international influence. Had he not died in 1919, at the early age of sixty, he would unquestionably have been reelected to a third term in the White House and completed the work he began in 1901 of establishing the United States as a model democracy, militarily strong and socially just.

This biography by Edmund Morris, the Pulitzer Prize and National Book Award–winning author of The Rise of Theodore Roosevelt and Theodore Rex, is itself the completion of a trilogy sure to stand as definitive. Packed with more adventure, variety, drama, humor, and tragedy than a big novel, yet documented down to the smallest fact, it recounts the last decade of perhaps the most amazing life in American history. What other president has written forty books, hunted lions, founded a third political party, survived an assassin’s bullet, and explored an unknown river longer than the Rhine?

Colonel Roosevelt begins with a prologue recounting what TR called his “journey into the Pleistocene”—a yearlong safari through East Africa, collecting specimens for the Smithsonian. Some readers will be repulsed by TR’s bloodlust, which this book does not prettify, yet there can be no denying that the Colonel passionately loved and understood every living thing that came his way: The text is rich in quotations from his marvelous nature writing.

Although TR intended to remain out of politics when he returned home in 1910, a fateful decision that spring drew him back into public life. By the end of the summer, in his famous “New Nationalism” speech, he was the guiding spirit of the Progressive movement, which inspired much of the social agenda of the future New Deal. (TR’s fifth cousin Franklin Delano Roosevelt acknowledged that debt, adding that the Colonel “was the greatest man I ever knew.”)

Then follows a detailed account of TR’s reluctant yet almost successful campaign for the White House in 1912. But unlike other biographers, Edmund Morris does not treat TR mainly as a politician. This volume gives as much consideration to TR’s literary achievements and epic expedition to Brazil in 1913–1914 as to his fatherhood of six astonishingly different children, his spiritual and aesthetic beliefs, and his eager embrace of other cultures—from Arab and Magyar to German and American Indian. It is impossible to read Colonel Roosevelt and not be awed by the man’s universality. The Colonel himself remarked, “I have enjoyed life as much as any nine men I know.”

Morris does not hesitate, however, to show how pathologically TR turned upon those who inherited the power he craved—the hapless Taft, the adroit Woodrow Wilson. When Wilson declined to bring the United States into World War I in 1915 and 1916, the Colonel blasted him with some of the worst abuse ever uttered by a former chief executive. Yet even Wilson had to admit that behind the Rooseveltian will to rule lay a winning idealism and decency. “He is just like a big boy—there is a sweetness about him that you can’t resist.” That makes the story of TR’s last year, when the “boy” in him died, all the sadder in the telling: the conclusion of a life of Aristotelian grandeur. 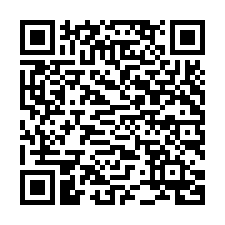