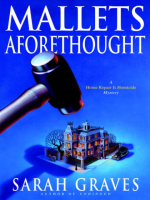 Description
It's Eastport's most notorious landmark: the old Harlequin House. Named for the disgraced physician Chester Harlequin, it was used as a hideout for gunshot gangsters and their molls during Prohibition's heyday. Now fixer-upper enthusiast Jake Tiptree and Harlequin's only living descendent, Ellie White, are refurbishing the mansard-roofed mansion to host the local Historical Society's upcoming gala. But when stripping down old wallpaper reveals a secret door to a room containing not one but two corpses, Jake and Ellie once again find home repair leading to homicide.One of the bodies is a skeleton dressed in 1920s flapper chic. But the other is that of real-estate mogul Hector Gosling, and in his pocket is a paper bearing the single word "Guilty." The less-than-scrupulous tycoon has been poisoned, and when it's learned that the offending substance is the poison that Ellie's husband George has been using to kill red ants, he is immediately taken into custody. Then it develops that George had recently accused Gosling of a scheme to scam George's vulnerable old aunt out of her life savings - and George out of his inheritance.With George held for murder, Jake and a pregnant Ellie swing into action. In between Ellie's Lamaze sessions, baby showers, and CPR classes taught by Jake's ex-husband Victor, the two amateur sleuths must sift their way through a trail of seemingly contradictory clues. Then another corpse surfaces and suddenly Jake and Ellie realize they must find this killer fast. A clever culprit is not only building an airtight case against Ellie's husband. He - or she - is planning to nail everyone who stands in the way.
Also in This Series 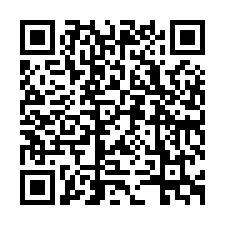