Winning can be murder »

Winning can be murder

Description
In his career as sheriff of Blacklin County, Texas, Dan Rhodes has faced more than his share of unusual problems.
But now things seem to be going well, and Blacklin County is in a state of high excitement. In the county seat of Clearview, the high school football team is on the verge of making the state play-offs for the first time in so long that only the middle-aged or older remember the last such occasion. Then someone murders one of the assistant coaches, and Rhodes finds himself in even more trouble than usual. Everyone in the county wants the murder solved, and the sooner the better. After all, there's another game coming up in less than a week.
What no one likes are the rumors that begin to surface, rumors that include gambling by the murdered coach and illegal steroid use by the Clearview players, either of which, if proven, could disqualify the team from the play-offs. Even worse, from Rhodes's point of view, is the return to Blacklin County of an old nemesis, Rapper, a motorcycle gangster with a deep grudge against Rhodes.
Also in This Series 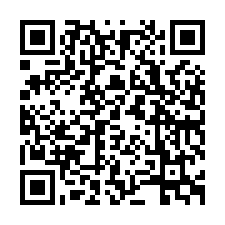