A Bat in the Belfry »

A Bat in the Belfry: A Home Repair Is Homicide Mystery 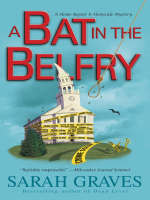 Description
When it comes to home repair, Jacobia “Jake” Tiptree is a fervent wielder of power drills and paint brushes. And when catching criminals, she’s been known to really bring down the hammer. But when a shocking murder rocks the small town of Eastport, Maine, Jake may be the next victim for whom the bell tolls.

It is nearly midnight when the enormous bell in the belfry of All Faith Chapel—silent for decades—booms forth, startling awake the entire town of Eastport. Upon inspection of the steeple, the police uncover the body of local teenager Karen Hansen, who had climbed the belfry’s dark, rickety stairs for a midnight rendezvous. But instead of the promise of an exciting new life, Karen meets her death.

Meanwhile, as an epic nor’easter bears down on the idyllic island town, Jake Tiptree hurries to shore up her ramshackle old house against the big blow. An amateur detective, she has sworn off chasing criminals. But when the news of Karen’s murder spreads and much of the evidence points to Jake’s likable houseguest, she and her sleuthing partner, Ellie White, get to work.

They discover an unexpected ally in newcomer Lizzie Snow, a woman from “away” who seemed to have blown into town with the nor’easter, and who also seems to know a lot about the mind of a killer. Can Jake and Ellie trust her? As a killer roams free and the townsfolk struggle against the pounding, screaming storm, the resulting tempest of gossip and suspicion rivals anything the Atlantic could brew up—and threatens to keep Jake and Ellie from putting the final nail in this cold-blooded case.

Praise for A Bat in the Belfry

“Nobody else can take a home repair project and turn it into a first-class mystery the way Graves can. It’s a top-of-the-line story.”—RT Book Reviews

“Graves does the Down East region justice, nailing not only the scents, sounds, sights, and people, but the culture. . . . It doesn’t hurt that she’s a damn good storyteller, to boot. [Her] prose is sharp, smart, and witty.”—Crimespree Magazine

Praise for Sarah Graves and the Home Repair Is Homicide series

“Graves’s trademarks are edgy, traditional mysteries peppered liberally with humor, and sprinkled with layered, well-written characters.”—Julia Spencer-Fleming,New York Times bestselling author of One Was a Soldier

“Just hearing her list the ways you can kill yourself fixing up an old house . . . is a hoot.”—The New York Times Book Review

“What distinguishes the novel are its likable, no-nonsense protagonist-narrator, her references to home repair that the author cleverly fits tongue-and-groove into the story and, especially, the detailed descriptions of the town.”—Los Angeles Times 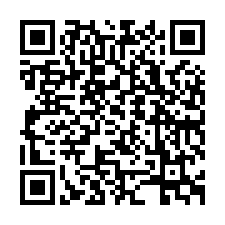