Dark of the moon »

Dark of the moon

Description
Virgil Flowers-tall, lean, late thirties, three times divorced, hair way too long for a cop's-had kicked around for a while before joining the Minnesota Bureau of Criminal Apprehension. First, it was the army and the military police, then the police in St. Paul, and finally Lucas Davenport had brought him into the BCA, promising him, "We'll only give you the hard stuff."

He'd been doing the hard stuff for three years now-but never anything like this. In the small town of Bluestem, where everybody knows everybody, a house way up on a ridge explodes into flames, its owner, a man named Judd, trapped inside. There is a lot of reason to hate him, Flowers discovers. Years ago, Judd had perpetrated a scam that'd driven a lot of local farmers out of business, even to suicide. There are also rumors swirling around: of some very dicey activities with other men's wives; of involvement with some nutcase religious guy; of an out-of-wedlock daughter. In fact, Flowers concludes, you'd probably have to dig around to find a person who didn't despise him.

And that wasn't even the reason Flowers had come to Bluestem. Three weeks before, there'd been another murder-two, in fact-a doctor and his wife, the doctor found propped up in his backyard, both eyes shot out. There hadn't been a murder in Bluestem in years-and now, suddenly, three? Flowers knows two things: This wasn't a coincidence, and this had to be personal.

But just how personal is something even he doesn't realize, and may not find out until too late. Because the next victim . . .may be himself.

Filled with the audacious plotting, rich characters, and brilliant suspense that have always made his books "compulsively readable" (Los Angeles Times), Dark of the Moon is vintage Sandford, further proof that he "is in a class of his own" (The Orlando Sentinel). 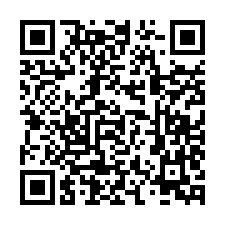