Description
Read this "enthralling" portrayal of the measures a mother will take to right the wrongs she's created while reigniting her rough and tough Texan bravery (Kathryn Stockett, bestselling author of The Help).Rose Mae Lolley's mother disappeared when she was eight, leaving Rose with a heap of old novels and a taste for dangerous men. Now, as demure Mrs. Ro Grandee, she's living the very life her mother abandoned. She's all but forgotten the girl she used to be-teenaged spitfire, Alabama heartbreaker, and a crack shot with a pistol-until an airport gypsy warns Rose it's time to find her way back to that brave, tough girl . . . or else. Armed with only her wit, her pawpy's ancient .45, and her dog Fat Gretel, Rose Mae hightails it out of Texas, running from a man who will never let her go, on a mission to find the mother who did.

Starring a minor character from Jackson's bestselling gods in Alabama, BACKSEAT SAINTS will dazzle readers with its stunning portrayal of the measures a mother will take to right the wrongs she's created, and how far a daughter will travel to satisfy the demands of forgiveness.
Also in This Series 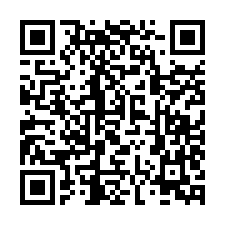