On the hottest day of the summer of 1935, thirteen-year-old Briony Tallis sees her older sister Cecilia strip off her clothes and plunge into the fountain in the garden of their country house. Watching Cecilia is their housekeeper's son Robbie Turner, a childhood friend who, along with Briony's sister, has recently graduated from Cambridge. By the end of the day the lives of all three will have been changed forever. Robbie and Cecilia will have crossed a boundary they had not dared to approach and will have become victims of the younger girl's scheming imagination. And Briony will have committed a dreadful crime, the guilt for which will color her entire life. Atonement is at its center a profound -- and profoundly moving -- exploration of shame and forgiveness, and the difficulty in absolution. Ian McEwan has written two collections of stories, First Love, Last Rites and In Between the Sheets, and eight novels, The Cement Garden, The Comfort of Strangers, The Child in Time -- winner of the 1987 Whitbread Novel of the Year Award, The Innocent, Black Dogs, The Daydreamer, Enduring Love, and Amsterdam -- winner of the 1998 Booker Prize. Josephine Bailey was born in England and trained in performing arts at the Corona Academy in London. As a child, Josephine appeared in many feature films before going on to become a professional dancer. Returning to her love of acting has led to her recent performances for Hanna-Barbera, Walt Disney and Nickelodeon 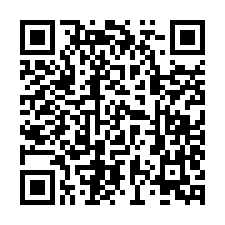