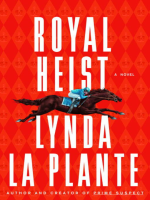 Description
From Lynda La Plante, one of the world's greatest crime writers, Royal Heist is a big, dashing novel of deception, passion, and international suspense, in which a man with a dangerous double life masterminds the greatest robbery of all time.

With a beautiful family and a magnificent fortune, Edward de Jersey is making news with his prized racehorse Royal Flush. But while de Jersey socializes with the cream of English society, he keeps to himself the details of his background and how he acquired his wealth. The son of an East End bookie, de Jersey reinvented himself as an aristocrat after pulling off some of England's most notorious heists. He has no intention of ever going back to crime . . . until his financial adviser loses his entire fortune in a disastrous investment and de Jersey decides to retrieve it the old-fashioned way: by stealing it.

From Monaco to the Hamptons, from London to the shadowy back alleys of cyberspace, de Jersey goes into action, using guile, force, and the latest technology to put together the perfect plan. Drawing on the expertise of a computer hacker with a passion for Elvis, the inside knowledge of a dying aristocrat, and the skill of a professional impersonator, de Jersey is ready to commit his greatest and final crime. He's going to steal the crown jewels from under the nose of the royals themselves.

Now, as Royal Flush prepares for a spectacular run at the Derby, de Jersey faces his moment of truth: How much is he willing to risk to win the sport's most coveted prize? And just how far will he go to get away with the perfect crime?

A novel that builds to an amazing crescendo of suspense, Royal Heist is a glamorous and gritty tale of men and women bound together by love, greed, trust, and mistrust. With all the pounding excitement of a high-stakes horse race, this is fiction that takes hold, doesn't let go, and dares us to keep guessing until the very end.
Also in This Series 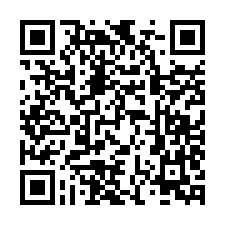