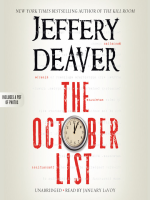 Gabriela McKenzie’s daughter has been kidnapped. In exchange for her safe return, her abductors demand two things: $400,000 in cash and a document known only as the “October List.”

Gabriela has thirty hours to deliver both. Coming up with such a huge sum of money is difficult enough. But Gabriela has no idea what the October List is, much less where it is or how to get it. All she knows is that her daughter’s kidnappers believe that her boss—who has suddenly, inexplicably vanished—possessed it, and they insist that Gabriela must be able to find it.

With the help of Daniel Reardon—a charismatic but mysterious man with an agenda of his own—Gabriela rushes headlong into a desperate search to solve the puzzle of the October List. And if she fails, she and her daughter will pay a fatal price. 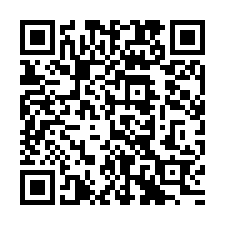 One of Kirkus Review's "Best Books of 2013"
The shocking end is only the beginning . . .
#1 bestselling author Jeffery Deaver has created the most riveting and original novel of the year-a race-against-the-clock mystery, told in reverse.
The October List
Gabriela waits desperately for news of her abducted daughter.
At last, the door opens.
But it's not the negotiators. It's not the FBI.
It's the kidnapper.
And he has a gun.
How did it come to this?
Two days ago, Gabriela's life was normal. Then, out of the blue, she gets word that her six-year-old daughter has been taken. She's given an ultimatum: pay half a million dollars and find a mysterious document known as the "October List" within 30 hours, or she'll never see her child again.
A mind-bending novel with twists and turns that unfold from its dramatic climax back to its surprising beginning, The October List is Jeffery Deaver at his masterful, inventive best.