But what if we're wrong?: thinking about the present as if it were the past

Description
The tremendously well-received New York Times bestseller by cultural critic Chuck Klosterman, exploring the possibility that our currently held beliefs and assumptions about the world will eventually be proven wrong -- now in paperback.

But What If We're Wrong? is a book of original, reported, interconnected pieces, which speculate on the likelihood that many universally accepted, deeply ingrained cultural and scientific beliefs will someday seem absurd. Covering a spectrum of objective and subjective topics, the book attempts to visualize present-day society the way it will be viewed in a distant future. Klosterman cites original interviews with a wide variety of thinkers and experts -- including George Saunders, David Byrne, Jonathan Lethem, Alex Ross, Kathryn Schulz, Neil deGrasse Tyson, Brian Greene, Junot Díaz, Amanda Petrusich, Ryan Adams, Dan Carlin, Nick Bostrom, and Richard Linklater. Klosterman asks straightforward questions that are profound in their simplicity, and the answers he explores and integrates with his own analysis generate the most thought-provoking and propulsive book of his career.
Also in This Series

A brief examination as to why this book is hopeless (and a briefer examination as to why it might not be)
A quaint and curious volume of (destined-to-be) forgotten lore
But that's the way I like it, Baby. I don't want to live forever.
"Merit"
Burn thy witches
The world that is not there
Don't tell me what happens. I'm recording it.
Sudden death (over time)
The case against freedom
But what if we're right?
Only the penitent man shall pass.
Excerpt
Loading Excerpt...
Author Notes
Loading Author Notes...
Subjects
Subjects
Biography & Autobiography
Civilization
Electronic books
Essays
Essays -- LITERARY COLLECTIONS
Future, The
History
Literary Criticism
Nonfiction
Personal Memoirs
Personal Memoirs -- BIOGRAPHY & AUTOBIOGRAPHY
Popular Culture
Popular Culture -- SOCIAL SCIENCE
Popular culture -- United States
Sociology
United States -- Civilization -- 1970-
More Details
Contributors:
3M Company
ISBN:
9780399184123
9780399184147
9780451484901
Similar Series From NoveList
Similar Titles From NoveList
Similar Authors From NoveList
Librarian Reviews
Published Reviews
Reviews from GoodReads
Loading GoodReads Reviews.
Tagging
Tags: 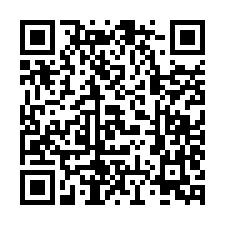