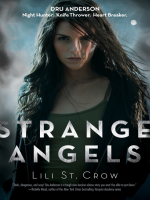 Then her dad turns up dead—but still walking—and Dru knows she’s next. Even worse, she’s got two guys hungry for her affections, and they’re not about to let the fiercely independent Dru 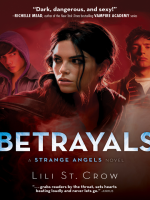 Poor Dru Anderson. Her parents are long gone, her best friend is a werewolf, and she?s just learned that the blood flowing through her veins isn?t entirely human. (So what else is new?)

Now Dru is stuck at a secret New England Schola for other teens like her, and there?s a big problem? she?s the only girl in the place. A school full of cute boys wouldn?t be so bad, but Dru?s killer instinct says that one of them wants her 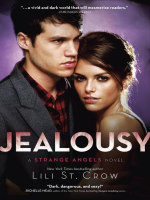 Dru?s best friend, Graves, and her strange and handsome savior, Christophe, are ready to help her take on the ultimate evil. But will their battle for Dru?s heart get in the way of her survival? 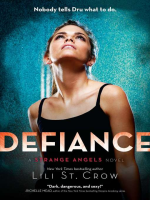 That is, if she can put all of Christophe's training to good use, defeat her mother's traitor, Anna, once and for all, and manage to survive another day...
More Info
SHARE

5) The reckoning
Author:
St. Crow, Lili
Series Volume:
0005
Choose a Format
+ Hoopla eAudiobook
Show Edition
Available Online
Online Hoopla Collection
Check Out Hoopla
Description:
Click to view
New York Times best-selling author Lili St. Crow has won a massive audience for her scintillating Strange Angels novels. Reckoning is the much-anticipated finale to the darkly engaging series starring resilient heroine Dru Anderson. Now a full-fledged svetocha, Dru has battled killer zombies, jealous djamphirs, and bloodthirsty suckers, but the worst is yet to come. And in the end, survival might not be worth the sacrifice demanded of her.
More Info
SHARE