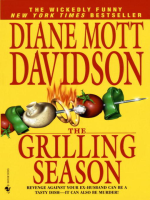 Description
Hired to cater a hockey party, Goldy comes up with a winning menu featuring zesty South of the Border Appetizers, succulent Grilled Goalies' Tuna, and iced Stanley Cupcakes. Yet Patricia McCracken, her client and long-suffering friend, won't be satisfied until Goldy adds a hefty side order of revenge....
Patricia is convinced that her obstetrician and her Health Maintenance Organization - penny-pinching ACHMO - are to blame for the recent loss of her baby. And the doctor in question is none other than John Richard Korman, Aspen Meadow's leading ob-gyn and Goldy's ex-husband, whose clean-cut good looks hide his dirty habit of battering women. Now Patricia is suing the doctor and ACHMO for malpractice, but that's not enough. She wants Goldy's advice on getting even - and coming out on top.
At first, Goldy relishes the fact that her ex-husband is finally going to pay. For the handsome, charming, dangerous doctor deserves to be in a financial pickle. Even so, it's a horrid shock when John Richard is arrested for the murder of his current girlfriend, glamorous Suz Craig...especially when it's Goldy who makes the gruesome discovery.
Shaken by the thought that she could easily have been the victim, Goldy feverishly throws herself into her work, grilling vegetables for Slapshot Salad and molding hockey-puck-shaped biscuits. But with her new husband, homicide cop Tom Schulz, relegated to the background of the case, and her fourteen-year-old son begging her to prove his father innocent, Goldy has no choice but to sift through Aspen Meadow's premium mix of sizzling gossip and reheated rumors for clues.
The Grilling Season, replete with tantalizing recipes, is Diane Mott Davidson's tastiest mystery yet.
Also in This Series 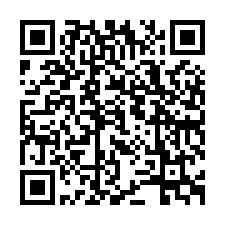