The Great White Bear: a natural and unnatural history of the polar bear

Polar bears are creatures of paradox: They are white bears whose skin is black; massive predators who can walk almost silently; Arctic residents whose major problem is not staying warm, but keeping cool. Fully grown they can measure 10 feet and weigh close to 2,000 pounds, but at birth they are just 20 ounces. Creatures that may wander thousands of miles over the course of a year, they begin life in a snowdrift.

Human encounters with these legendary beasts are cause for both excitement and apprehension. Tales throughout history describe the ferocity of polar bear attacks on humans; but human hunting of polar bears has exacted a far larger toll, obliging Arctic nations to try to protect their region's iconic species before it's too late.

Now, however, another threat to the polar bears' survival has emerged, one that is steadily removing sea ice and the life it supports. Without this habitat, polar bears cannot exist. The Great White Bear celebrates the story of this unique species. Through a blend of history, both natural and human, through myth and reality and observations both personal and scientific, Kieran Mulvaney masterfully provides a context for readers to consider the polar bear, its history, its life, and its uncertain fate. 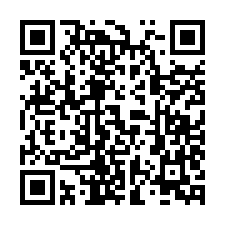