Description
<div><div><b>The Sisterhood faces a brand-new day—and even greater battles. Twentieth in the fan-favorite series from the #1 <i>New York Times </i>bestselling author. </b><br><br> United by a desire to overcome their personal misfortunes, seven very different women formed an indelible bond and vowed to right wrongs wherever they found them. They’ve succeeded beyond their wildest dreams. After years known as the Vigilantes, Myra, Annie, Kathryn, Alexis, Yoko, Nikki, and Isabelle are enjoying their hard-won freedom and the chance at a normal life.<br><br> As it turns out, once you’re a part of the Sisterhood, normal is a relative term. President Martine Connor, their long-time ally, has announced the formation of a top-secret organization. Officially, the CIC won’t exist. Unofficially, they’ll report directly to the president and tackle the jobs no one else can handle. For the Sisterhood, it’s the end of an era—and the beginning of a whole new adventure . . .<br>  <br><b>Series praise</b><br>  <br> “Spunky women who fight for truth, justice, and the American way.”—<i>Fresh Fiction</i> on <i>Final Justice</i><br><br> “Readers will enjoy seeing what happens when well-funded, very angry women take the law into their own hands.”—<i>Booklist</i> on <i>Weekend Warriors</i><br><br> “Delectable . . . deliver[s] revenge that’s creatively swift and sweet, Michaels-style.”—<i>Publishers Weekly </i>on <i>Hokus Pokus</i></div></div>
Also in This Series 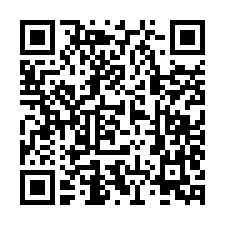