Year after year, T. Jefferson Parker delivers powerful novels of depth and intelligence that make it clear that Dutton is not just publishing one of the best crime writers of his generation, but perhaps one of the greatest crime writers ever. The novels in the Charlie Hood cycle are the most accomplished in Parker's long career, and The Border Lords is the pinnacle of what has become the most groundbreaking crime series in decades.

In this riveting new novel, Parker demonstrates once again why The Washington Post said he writes "the best of today's crime fiction," and why he has won the Edgar Award three times.

ATF agent Sean Ozburn is deep undercover supporting the sicarios of the Baja Cartel when he suddenly goes completely dark, his only communications being the haunting digital videos he sends to his desperately worried wife, Seliah. Charlie Hood must determine if Oz is simply chasing demons deeper undercover than anyone has ever gone, or whether his friend has suffered a permanent break with his mission and his moral compass.

A crime novel of unprecedented scope and unrivaled storytelling ambition by one of our most treasured talents, The Border Lords revisits the fevered landscape of America's southern border- and confronts the unexplored depths of humanity's dark soul. 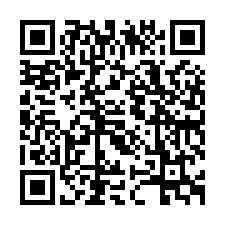